Roly’s Pantry fudge isn’t your typical soft and smooth fudge, but rather it surprised me by its crumbly and creamy texture. When visiting Lincoln, England we were told that Roly’s Fudge Pantry os pie pf the most unusual but most see shop in the high street. At the Roly’s Fudge kitchen, the fudge is made fresh every day. Roly’s offers a diverse range of fudges to indulge in from flavors such as Baileys to Whisky and Ginger, Lemon Meringue, Sea Salt, Strawberries and Champagne, Coffee and Cream, Butterscotch, Chocolate Orange, and so much more. All Roly’s fudges are made right in front of the customers showing them how the fudge is made. Talk about tempting!

How the fudge is made…

The fudge is cooked in a large copper pan in full view of the customers.

It is then poured out onto a solid marble slabs whilst still hot, where it cools quickly.

Using a paddle, they stir the fudge, before carefully forming it into a roll.

As it starts to set, they seize the roll of fudge into large slaps.

As the fudge starts to cool, it cools into a crumbly texture, which is then cut into smaller pieces.

As Lincoln’s Rolly Fudge Pantry cooks up 2-3 batches every day, and sometimes 8-10 during the holidays, the fudge is always fresh for the Lincoln residents and visitors!

by Alexis M.
Leave a Comment
previous article: The untold stories of the Titanic
next article: BBC Tour at MediaCityUK in Manchester 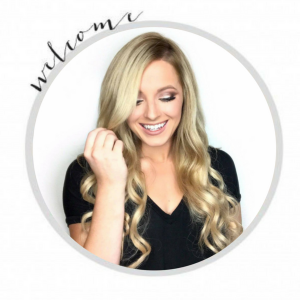 Hello! My name is Alexis Michael and I am self professed makeup and cosmetics obsessive, and Younique Presenter with Younique Cosmetics. This blog is my outlet for all things I love from beauty products, tips and tricks to fashion, fitness, food, travel, entrepreneurship and what inspires me. Thanks for stopping by my blog. Hope to see you back soon and connect with you through my social media accounts!